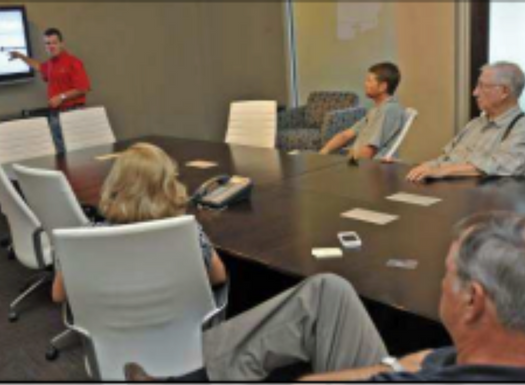 The upgrade is supposed to be finished by mid-2013, said J.J. Hickey, project manager for Gilchrist Construction Co., an Alexandria firm that will do the work.

The revamped road will be “like glass,” Hickey said in a briefing to the Mid City Merchants’ Community Involvement Committee. The 2.6 mile-stretch is used by about 40,000 cars and trucks daily, said Todd Donmyer, project engineer for the state Department of Transportation and Development.

Hickey said the work, which may begin as early as next week, will move from west to east — Foster Drive toward Airline Highway. He said existing asphalt will be stripped away to the concrete. He said machines will then shatter the concrete, leaving gravel that will then be topped by up to six inches of asphalt. Hickey said lane closures will be done between 8 p.m. and 6 a.m. on weekdays. Generally speaking, they will also take place on weekends except when LSU hosts football games.

If weekend work can be done on some of those football weekends without major backups, the contractor will be allowed to do so, Donmyer said. “There will be a lot of cases where we have two lanes closed at night and one lane open,” Hickey said.

Laurie Chapple, president of the Mid City group, said she is pleased that the project is about to start. “We’re excited,” Chapple said. “It’s needed to be done for a long time.” Chapple is the owner of Louisiana Office Supply Company, 7643 Florida Blvd., which is where the briefing took place. Coleman D. Brown, president of Coleman Brown Architects, 6554 Florida Blvd., asked several questions during the briefing but said he too is pleased with the plans. “We’re just delighted that it’s getting done,” Brown said.

The stretch of Florida where the work will be done includes part of Baton Rouge Community College, several car dealerships, and other commercial establishments. It is also a key artery for east-west traffic for motorists who want to avoid the interstates and a key connector to Airline Highway traffic. Hickey said merchants will be kept up to date on the work through emails and other steps. Business owners said emails made the widening work on Airline Highway easier to work around.

Florida Boulevard is a part of U.S. 190. Airline Highway is part of U.S. 61. Aside from the repaving, Hickey said two new turn lanes will be constructed in Florida and a “handful” of crossover spots will be closed.

The repaving is supposed to last for 20 to 25 years. “This is a high-priority project for our company,” he said.